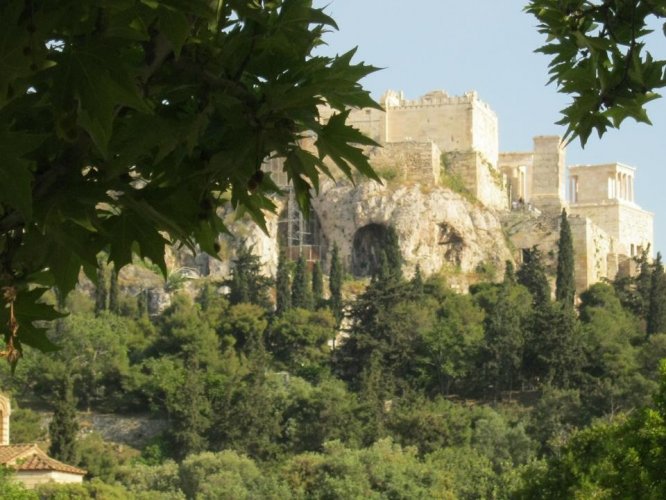 The Barefoot Traveller » Barefoot in Greece 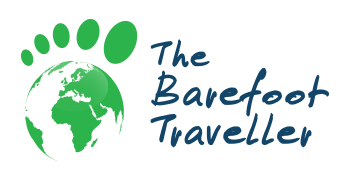 Greece!  Beautiful country!  Warm, loving people.  Wonderful Mediterranean food that conjures up thoughts of rich tomato-based dishes; tender, oven-baked lamb; fresh salads of olives, feta, tomato and cucumber, tangy retsina and traditional ouzo (interesting but not my favourite).
This is a land of ancient history, fascinating culture, beautiful islands and, most of all, it is a land of LIFE!

I first discovered and fell in love with Greece in 2003, when I walked barefoot through the Plaka and ate moussaka at some of its pavement restaurants; cruised through the islands and rode a donkey up Santorini’s cliff path; spent three nights on Mykonos and ate ‘stolen lamb” and drank crisp retsina at a taverna on the beach.
I have visited Greece a few times since then and, each time, I have discovered new things which have deepened my love affair with the country.
·         The island of Hydra, where all transportation is by moped, bicycle, donkey or on foot.
·         The rock formations of Meteora, where picturesque monasteries perch on top of sheer rock pillars
·         The statues of Leonidas at Thermopolae and Alexander the Great at Thessaloniki that conjure up visions of great military battles
·         The leafy glade with a river running through it, where Paul baptised Lydia near Philippi (Acts 16:15)
·         The tomb of Alexander’s father, Philip II, in Vergina, where I was stunned by the quantity of ancient treasure on display
·         The coastal town of Nafplio, with its protective fortress set on a rocky island in the middle of the bay
·         The forested island of Thassos with its quaint capital, stunning ice cream, excellent beach resorts, tantalising beach-front restaurants and friendly tavernas in spots where you least expect to find them
·         The awe-inspiring Parthenon, which stands as a testimony not only to man’s incredible engineering abilities but also to the wanton destructiveness stemming from his lust for power and wealth
·         And then there’s the Plaka – a tourist trap, yes…but an enjoyable one – where, on my last trip, I discovered a restaurant called Kuzina, which has breath-taking views of the Acropolis (pictured above), an unbelievably good kleftiko (stolen lamb) and desserts that were out of this world.

Sounds wonderful?  Of course it does.  But embark on your own love affair with this vibrant land.  Travel with me in August 2018 and discover for yourself that everything I have said about this incredible country is true but that I have barely scratched the surface.

For more information and to make a booking, click here. 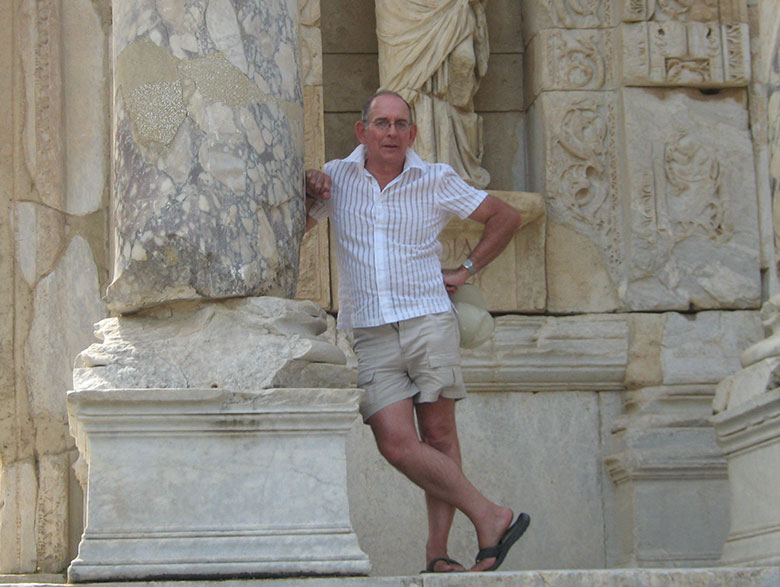 © Copyright Andprom. All Rights Reserved. Website designed and hosted by LIT Creations. You are visitor number: 299475