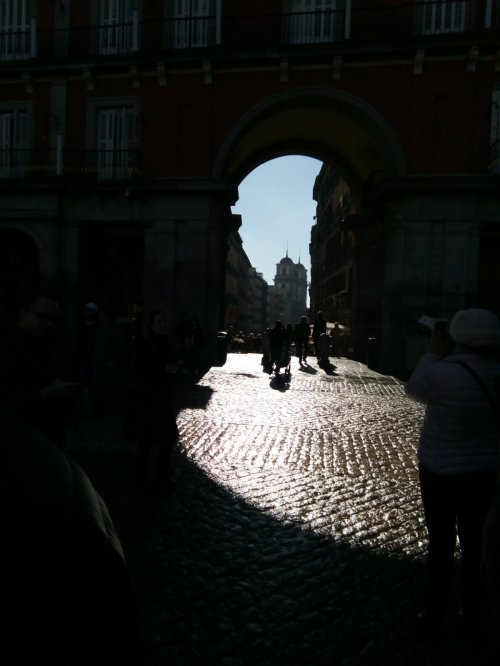 DOORS OF MADRIDDoors are an essential part of our world.  When they swing open, they either usher you into the warmth of the familiar or into the excitement of discovering the unknown.
The Doors of Madrid are the same…and perhaps, even more exciting than many others.  You might find yourself staring at the door of the Royal Palace, imagining what’s hidden behind them.  You might be walking through the magnificent architecture of Madrid’s Bullring imagining what happens in the arena below.
Madrid’s doors also usher you into a world of culinary delights, whether it is in Europe’s oldest restaurant or in one of the under-city caves of Las Cuevas.
A short drive outside the city, in the district of La Mancha are doors leading into the fabled windmills charged by Don Quixote – the knight in rusty armour – and even into the brooding Castle of La Mancha that is the guardian of the windmills and the surrounding countryside.  In the villages around the castle, doors lead you into a highly recommended olive oil production plant and local pubs, where you can experience Spanish country life at its best.
Back in the city, arch-way doors – plain or ornate - lead you from one city square to the next and utilitarian “security doors” admit you to the Bernabeu Stadium – home of Real Madrid Football Club.
And, if you are in Madrid on New Year’s Eve, stand in the square in front of the door leading to the New Year clock and join the crowd counting down into the New Year. 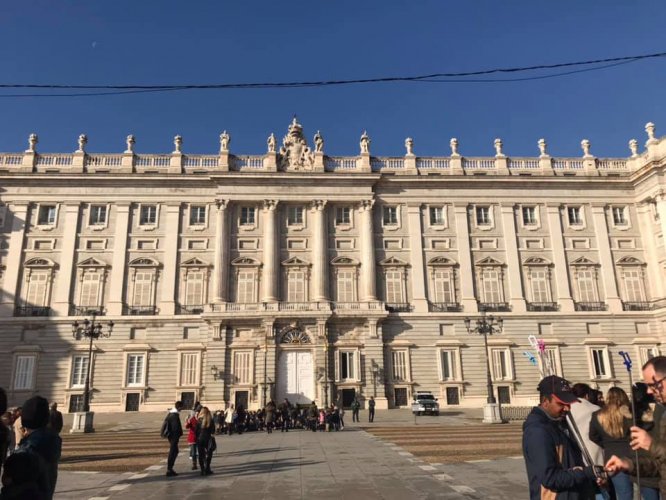 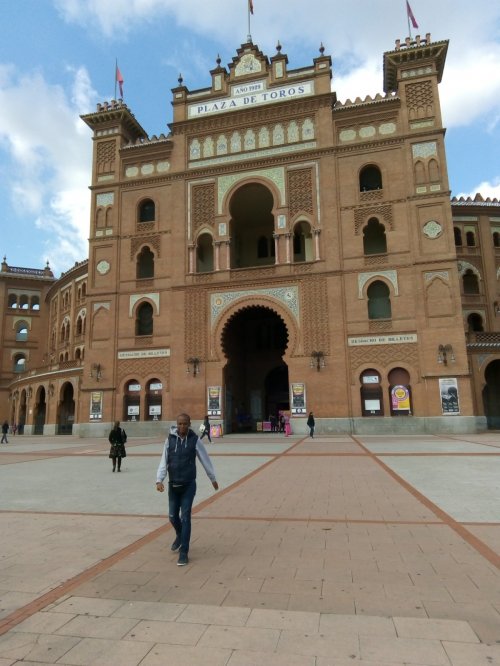 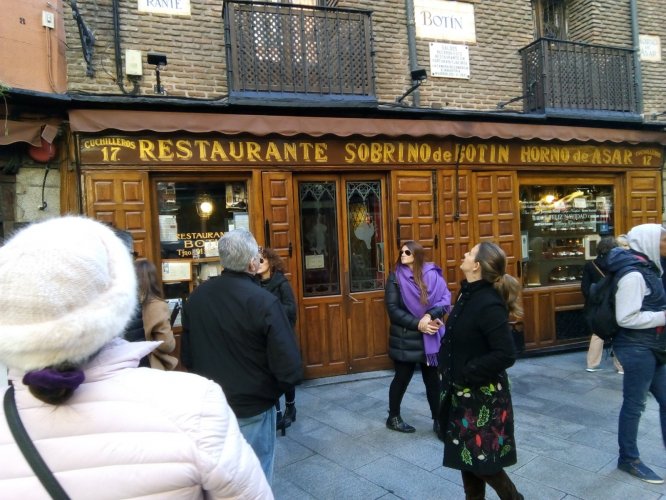 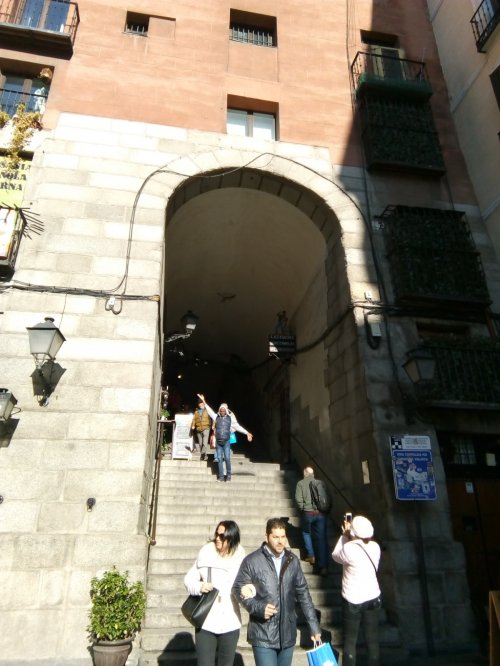 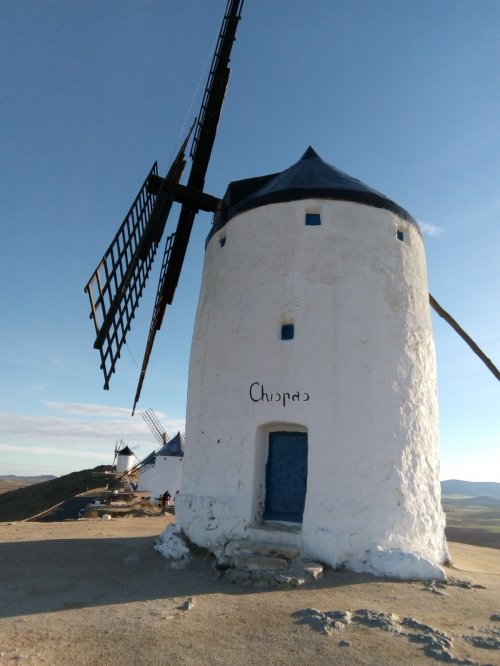 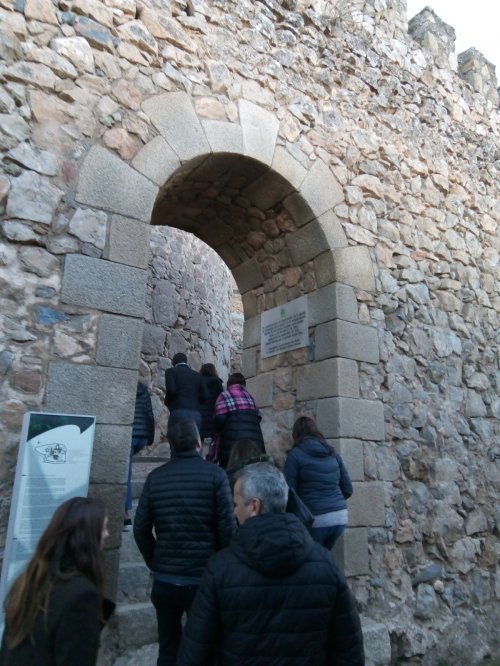 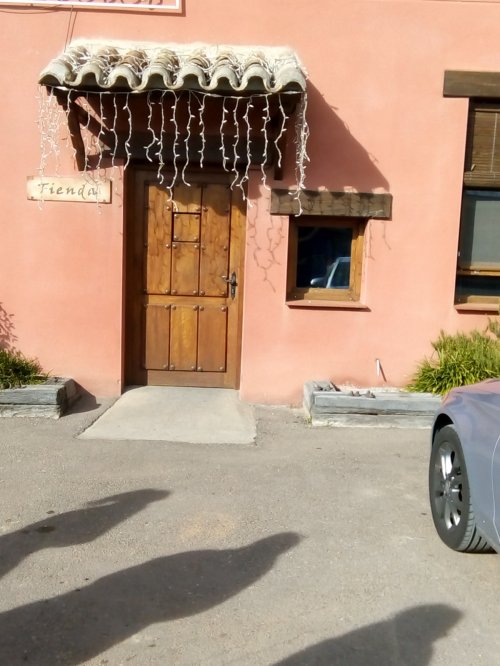 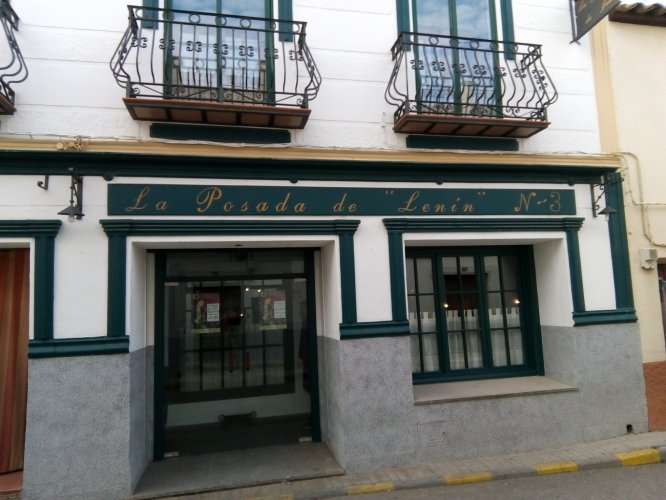 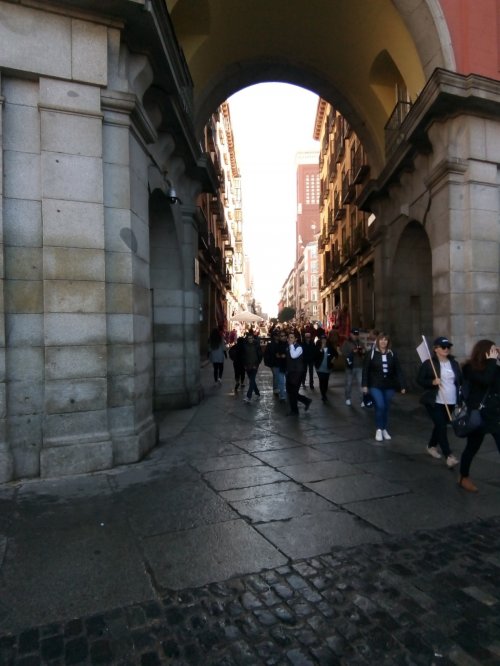 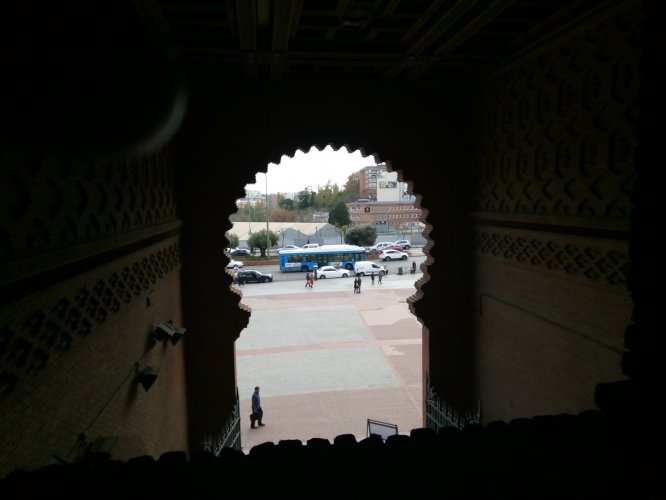 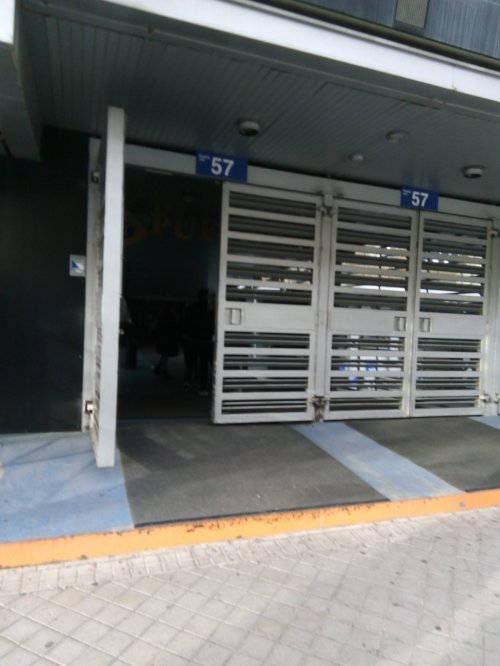 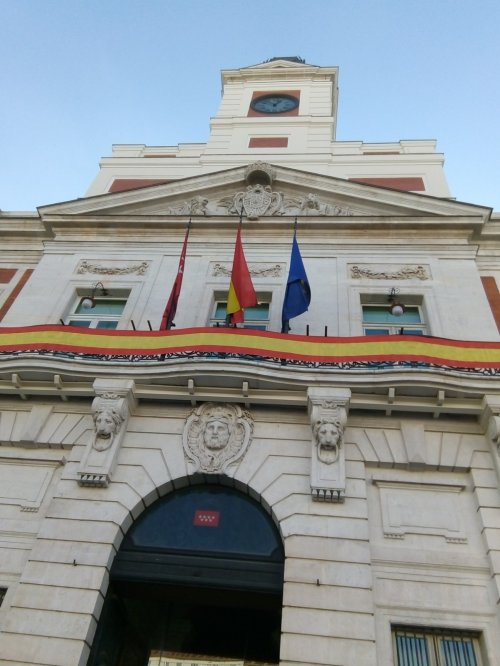 © Copyright Andprom. All Rights Reserved. Website designed and hosted by LIT Creations. You are visitor number: 309924